While professional, research-grade instruments are carefully designed,
meticulously constructed, and cost many thousands of dollars to purchase and install,
a simple seismometer is neither complicated nor expensive to build,
and offers the amateur observer an amazing and fascinating view of the earth's seismic activity.

Many amateurs start with a horizontal-sensitive instrument built on a "garden gate" principle.   Many hundreds of variations on this basic principle have been implemented in sensors built by amateurs all over the world The "Lehman" horizontal seismometer (designed by James D. Lehman of James Madison University in Harrisonburg,VA)  is popular among the amateur seismologist community, and is easy to construct and operate, while still providing a sensitivity suitable for detecting strong to moderate intensity events the world over.   This instrument was first described in an "Amateur Scientist" magazine article in the July 1979 Scientific American magazine.   Go to http://seismicnet.com/lehmntxt.html to read a copy of the original Scientic American magazine Lehman seismometer article.

Several articles for constructing this type of horizontal seismometer can be found with an Internet search
on the words "Lehman" and "Seismometer" in your favorite search engine.
One such construction article for a Lehman seismometer design can be found at http://seismicnet.com/lehman_manual.pdf

The TC1 is a vertical seismometer with a natural period of approximately 1 second.
Open-source hardware - based on the Arduino Uno - boosts the longer periods in its recordings, so that teleseismic
earthquakes are routinely detected, in addition to regional seismic activity. Because of its robust design and affordability,
it is ideally suited for any classroom. 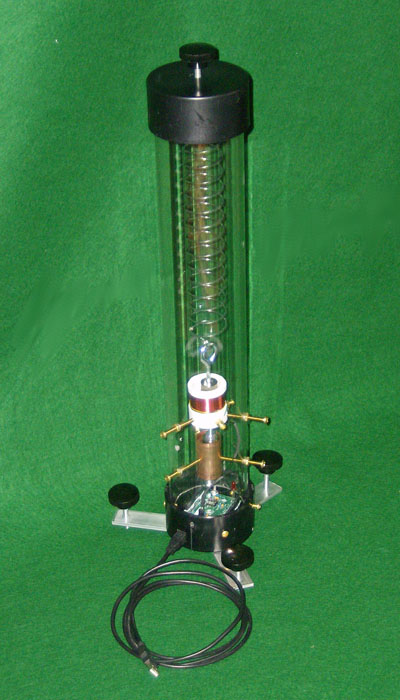 All plans for the TC1 and the interface between sensor and computer are freelyavailable online to build your own, but the TC1 can also be purchased as a kit. Further information is available at http://tc1seismometer.wordpress.com.

One of the seismometers in operation at AlabamaQuake is the Shackleford-Gundersen (S-G) horizontal-sensing instrument, the design for which is based on a September 1975 article in the "Scientific American" magazine sub-titled,"Electronic stratagems are the key to making a sensitive seismometer."The instrument was developed by Barry Shackleford and Jim Gundersen,and has been built in many variations over the years by amateurs around the world.

The SG seismometer design includes somewhat more complex amplification and filtering electronics,
and while not calibrated in its response, does nonetheless offer a moderately long-period response to
surface seismic waves associated with earthquakes.
It requires a smaller physical footprint that the Lehman horizontal sensor design, and hence requires
a smaller thermal isolating cover.  As it is based on a vertical-hanging pendumum instead of the horizontal "garden-gate"
pendulum, it requires less attention to periodic leveling adjustments to maintain its alignment. The original Scientific American magazine article
with plans for building the S-G horizontal seismometer can be found at http://seismicnet.com/sgsensor.html along with modifications and design improvements developed by Larry Cochrane in his Redwood City SG Seismometer unit.

Go to http://seismicnet.com for more seismograph information,
plans, equipment, and software, and links to other sources.

A more advanced seismometer, and another of the instruments in operation at the Alabamaquake
seismic station in Huntsville, is the Inyo Force-Balance Broadband Vertical (FBV) seismometer
designed by David F. Nelson and Brett M. Nordgren.
This instrument offers a broadband response, flat to velocity between 30 Hz and 50 seconds,
and a calibrated sensitivity with both low-gain and high-gain outputs 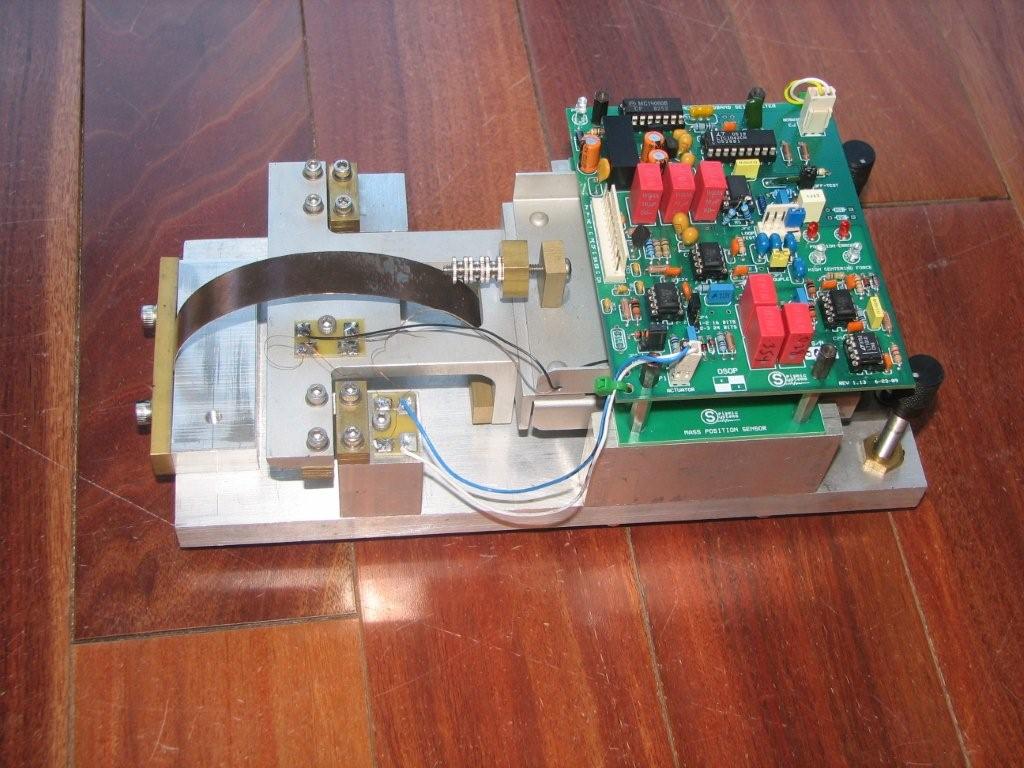 The Inyo design, and that of two successor instrument designs, has been offered for construction
and use by advanced amateurs the world over.  The designs have been replicated and installed
by a small group of interested builders, and have proven quite successful in delivering a broadband
seismometer performance on par with commercial instruments costing much more.

A brief history and overview of the Inyo FBV seismometer and two successor instrument designs
can be read at http://bnordgren.org/seismo/FBV/FBV_Overview.pdf.

The calibrated performance of the Inyo seismometer is attained through the use of a closed-loop
feedback system that applies a correcting force to the seismometer's suspended mass to counteract
any displacement of that mass caused by a seismic input to the instrument's frame.
The electronic circuitry used in this feedback system is described at
http://bnordgren.org/seismo/FBV/FBV_Circuit_Description.pdf.

The calibration of the Inyo FBV seismometer
is described at http://bnordgren.org/seismo/FBV/Calibration.pdf.

More information including mechanical and electronic drawings, calibration plots, photographs, and other design details, is available at  http://bnordgren.org/seismo/.